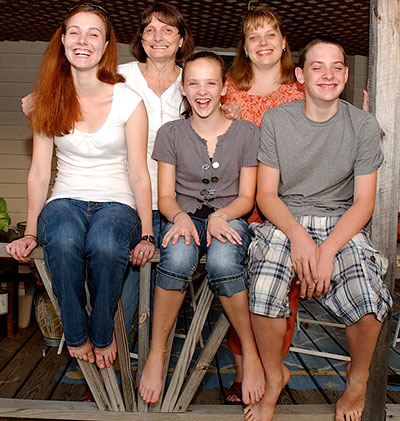 Plasma-derived therapies replace missing or deficient proteins that allow individuals to lead healthy and more productive lives. The patients that rely on these therapies generally require regular infusions or injections throughout their lives.

The diseases and conditions treated by plasma protein therapies are considered rare diseases because they affect a relatively small percent of the population; most are genetic, chronic conditions.

Alpha-1 Antitrypsin Deficiency is one of the most common serious hereditary disorders in the world and can result in life-threatening liver disease in children and adults and lung disease in adults. It is often referred to as genetic emphysema.

Hereditary Angioedema is caused by a missing C1 esterase inhibitor protein (C1-INH), which helps regulate inflammation. Patients can experience edema (severe swelling) which can be fatal if the airway becomes obstructed.

Coagulation Factors are used to treat:

Hemophilia A is a heredity bleeding disorder that is caused by a lack of clotting factor VIII. As a result, individuals with this condition suffer from bleeding into joints and other complications. For the most part, men have hemophilia A as the defective gene is found on the X chromosome. A woman who has the defective gene is considered a carrier and any male offspring have a 50% chance of having hemophilia A and female offspring a 50% chance of being a carrier. It affects one in 10,000 people. With treatment, individuals are able to lead relatively normal lives.

Hemophilia B is a blood clotting disorder caused by a mutation of the Factor IX gene. It is rarer than hemophilia A and affected royal families in both Europe and Russia. It affects one in 25,000 men. Replacement of Factor IX through recombinant therapy allows individuals to lead relatively normal lives.

The most common bleeding disorder, Von Willebrand affects about 1.25 million men and women worldwide, although it is estimated that as many as 3 million are undiagnosed. Common symptons include excessive menstrual bleeding and nosebleeds. There are several kinds of VWD and symptom severity varies. With proper treatment, individuals may live relatively normal lives.

Antithrombin III is a protein that prevents blood clots from forming.  It is caused by an abnormal gene that may lead to blood clots.  Data on incidence is uncertain.

Immune Globulins are used to treat:

PID is a genetic condition that prevents an individual's immune system from functioning properly. The World Health Organization (WHO) estimates that there may be as many as 150 PIDs. PID results a high susceptibility to infection and an inability to fight them with traditional antiobiotics.

CIDP is a rate autoimmune disorder that affects the peripheral nervous system of both children and adults. Nerves in the arms and legs may become weakened and lead to paralysis. It is sometimes referred to as Guillain-Barre Syndrome.

A condition that primarily affects children under the age of five and is the leading cause of acquired heart disease in children. If it is not detected, it can result in heart damage and death.

In addition to the lifesaving therapies used to treat rare diseases, plasma-derived therapies are also used in everyday medicine and emergency and critical care situations, as well as in preventive medicine. PLASMA PROTEINS ARE ALSO USED TO TREAT:

The Power of Plasma Donation

This detailed video takes viewers through all of the steps a first-time plasma donor would experience during the process of donating lifesaving plasma.

The need for plasma and plasma donors is more urgent than ever before. Visit givingplasma.org to learn more and to find a donation center near you.

Learn more about how you can save and improve lives